The Signal – guitar solo of a not (yet) existing song

2021. Nov. 16. · 4 min read
Writing a guitar solo without having a backing track or having a chord progression is unusual, al least for me. But that's exactly what I did for the second item of my one-year-old, two-videos-only YouTube channel, Leisure Guitar. 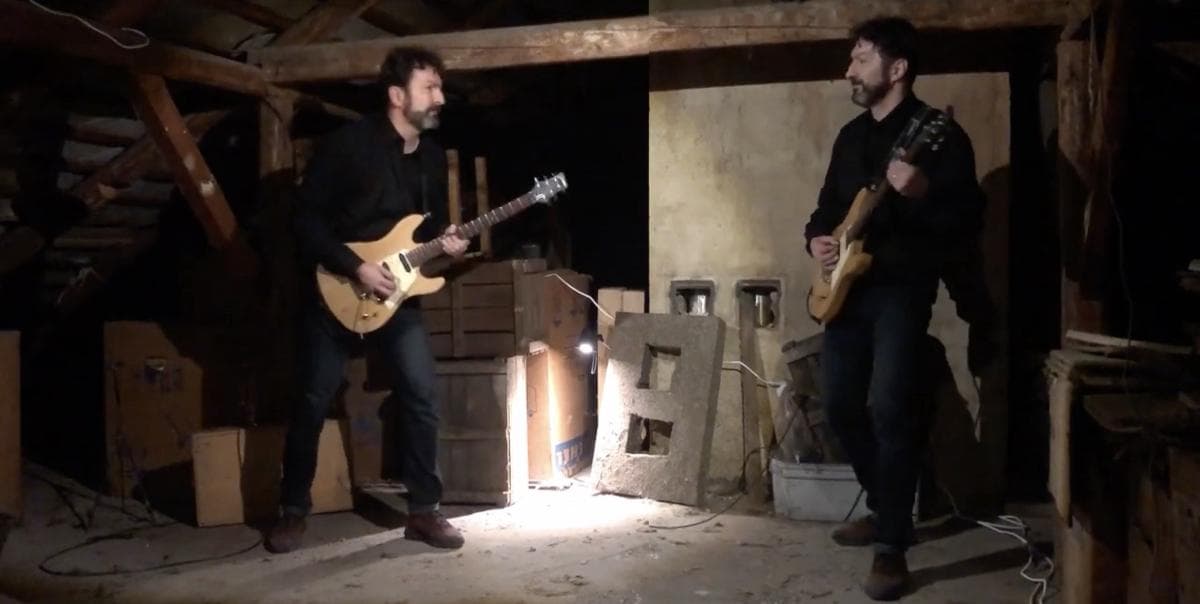 Here is the video: https://www.youtube.com/watch?v=APqgHtJBm4g

Creating The Signal was a fairly different process than what I described in my previous post about my first music video. It started differently and I used different tools. But it was exciting, entertaining and I learned a lot again.

Out of my comfort zone

I learned that keeping my guitar close to me is great as I can grab it and have some fun whenever I have some time. Just before this project, it happened: I had some time to spend more usefully.

It was just a simple idea. "How about moving out of my comfort zone and trying to play something by moving on the guitar neck horizontally as much as it is possible?"

I was also curious if I could create a melody without having a backing track or chord progression (as I mentioned it in the beginning of the post).

So I've just started with the first small "slide-on" note and then I thought: "OK, let's go up while stayin' on this string!" I spent plenty of time trying multiple varieties just until I was satisfied. And it is just the first four bars of the melody! But I enjoyed the process! 🙂

And it continued like this. I kept using composition techniques like question–answer, repeating, variations. I also used tricks I learned from great guitarists, like tremolo picking (Santana, Eddie Van Halen) or doubled melody (Steve Vai)*.

It felt like engineering a product. It may sound disappointing and one could say that it can be heard on the result – but I wanted to create this guitar solo this way. (I had and I still have the idea to use this solo as an example for a video about these composition techniques…) And it's still music. I didn't "calculate" the melody. I was only very conscious about the composition.

The magic moment of inspiration

When it comes to the main ("rhythm guitar") riff of The Signal it is the total opposite of of this engineering process. I can't tell you how I wrote it! It just came into my mind and it worked!

Later I realized that it starts with the same motif as the first lick of the solo melody. But it was not a deliberate decision at all. And second part of the riff has no similar thing in the solo…

I mostly play my electric guitar without using an amp (or amp simulation/fx). But this situation needed a real rock solo sound. I chose a BIAS FX preset, "Easy Solo" that I downloaded from ToneCloud and customized a little.

As I chose to use BIAS FX, I wasn't able to use BandLab as my DAW – like I did for Key of Soul –, because it can't load external plugins (yet?). Instead, I used GarageBand that comes with macOS for free. The built-in "Auto Drummer" helped me create the drum track, and I used "Wolly Octave" preset of GarageBand for the guitar riff tracks with satisfaction.

Boys in the attic

I've been thinking a lot about the ideal location to shoot the video. I walked around my city to find "the great place for rock" but I couldn't. Then I realized one day that our house has an attic that was made just for this purpose! 😂

I asked my younger son to be my cameraman, and we had a great time together while shooting the video!

Based on my previous experiences, I knew that I needed something better than iMovie for video editing. I was lucky enough to find DaVinci Resolve. That is a professional video creation software for free! Not kidding, it is really a professional tool in the same league like Adobe Premiere Pro. For example, syncing audio and video was a pain in iMovie, but it was a one-click operation with a perfect result in DaVinci Resolve!

I spent a lot of time editing this half-minute only video. But this time not because it was hard, but because I had a lot of tools to use and I had a lot of ideas to develop small details. And of course, I had to learn to use the software and figure out how to do what I want to do. Luckily a lot of great tutorials can be found on YouTube.

I'm not sure. I have more music projects "in the works" right now. For example, I'm working on a cover of a tune from my favorite Hungarian guitarist, Gábor "Madi" Madarász and I really want it to be out! But it's totally uncertain when I can make progress. Yup, I'm a hobby musician, Leisure Guitar, you know! 😉

(By the way I publish music on my BandLab channel when it's done. You can check it out before the video is done.)

Hey, where is the TAB?

*I learned the doubled melody trick by chance. I listened to different takes of the same lick, and I put two of them into two separate tracks and listened to them together. Then I just realized that it's the same sound that I heard a lot of times from Mr. Vai!

Hi, I'm Tamás, front-end web developer and hobby-musician from Hungary. It's nice to see you here! 🙂
If you feel so, you can buy me a Coffee.