2021. Nov. 12. · 3 min read
My YouTube guitar channel, Leisure Guitar is almost one year old and it contains two videos only (for the time being). But I'm very happy with it anyway! I've found great free(!) tools that helped me to create these music clips and I've learned a lot in the process already. So I decided to give a sneak peek here to the creation of the first music video. And I'll tell you about the second one in an upcoming post soon. 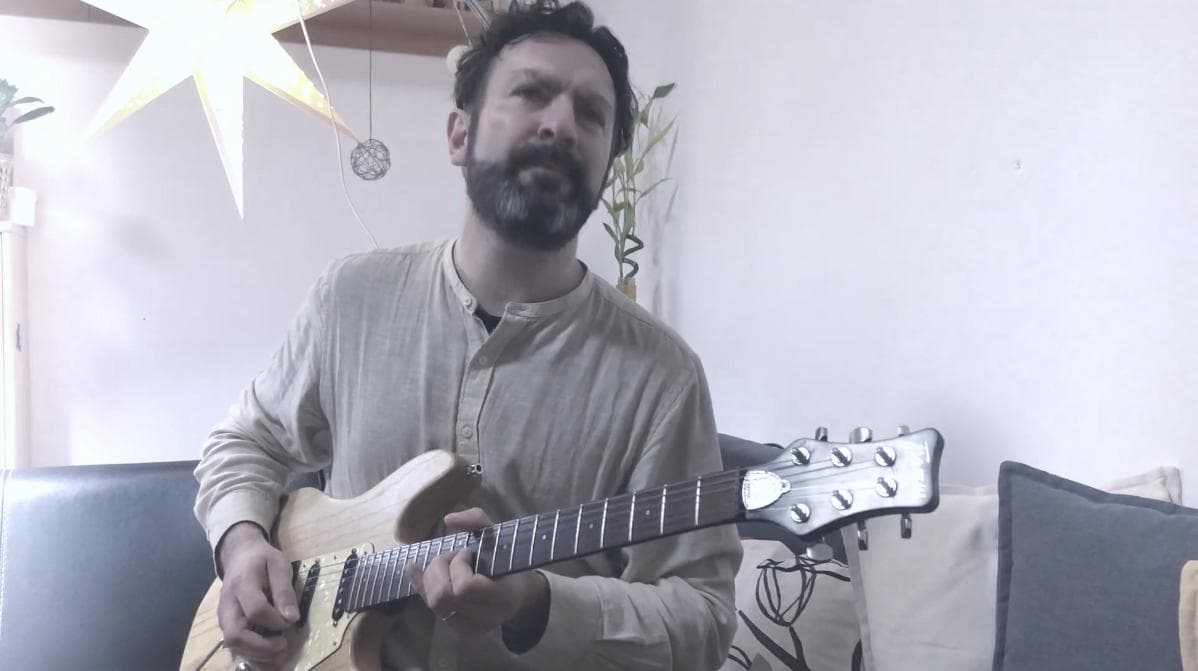 Here is the video: https://www.youtube.com/watch?v=23G0JpRworQ

In addition to my guitar the only special equipment I needed to record this song was a sound-card that I used to connect my guitar to the computer. How was that possible?

I used BandLab. In it's core it is an online DAW that works in the browser(! or as a mobile phone app). But it provides other services as well and it is a social platform too. There you can eg. share your music, collaborate with others or simply fork songs to make your own version (if the original creator allows that).

I started to build the song by forking a composition from the BandLab team. (They make contests in every month and usually provide basic tracks to fork and create something from them.)

As a whole the track was too electronic for my taste. But it started with a catchy melody and had a nice chord progression with good sounds that I liked. It inspired me to think about how could I transform it to be less mechanical.

I was sure about two things. First: I'm a guitarist so I planned to play a guitar melody over the track of course. Second: there were an irritating pattern in the track that pushed me! I really had to remove that! I started with that task immediately! 😉

Then I rearranged the sections a little and started to build up the guitar melody. I tried to apply some melody building tricks (variations, repetitions, pitch changes etc.) that I figured out by listening and learning eg. Cryin' by Joe Satriani. (I do not think that I wrote an equally great song. I'm really talking about just learning songwriting ideas by "analyzing" other songs.)

I got to mention that when I published the song I got some nice feedback about the guitar sound. To be honest, that is a built in preset in BandLab, called "Big Solo" that I used without any modification. I found it to be inspirational that helped me to compose the guitar melody. Just like the "Classic Phase" preset that inspired a chord section and a lick of the song.

I wanted the song to be less direct but to have some more "atmosphere" so I looked for some loops in BandLab's sound library. (The song got it's title by the one I added to the beginning.) I also added some spacey fx to the loops and I was pretty much done.

I've recorded the video in my room with my phone. Then I used iMovie (that comes with macOS) to edit the footage. This was somehow a painful process because I found iMovie to be very basic. It was really hard eg. to sync the music and video tracks. (Luckily I've found a fantastic free video editing software later! More about it in the next post…)

I've created the Leisure Guitar channel on YouTube earlier so I just had to upload the video and publish it.

I was really satisfied with the music creation process (I'm most thankful for the inspirations I mentioned above). I struggled a little with the video creation but I like the end result! I hope you like it as well! 🙂

You can find the TAB of this song in PDF and Guitar Pro format here: Guitar TAB of Key of Soul by Leisure Guitar

Hi, I'm Tamás, front-end web developer and hobby-musician from Hungary. It's nice to see you here! 🙂
If you feel so, you can buy me a Coffee.